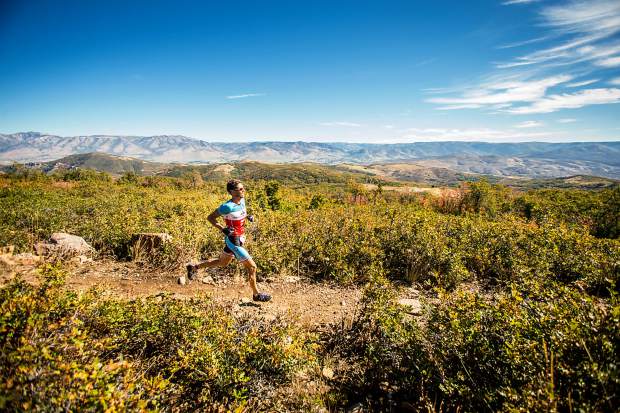 Beginning in my undergraduate studies, the physiological responses to training and racing at altitude have always fascinated me. In June of 2000 my wife and I moved to Vail, Colorado for for the summer to experience it first hand. That summer I also jumped in my first XTERRA in Keystone, with the swim above 9000 ft and the bike course peaking out above 11,000 ft. Since then I have seen the Mountain Championship won by both altitude dwellers and non­altitude dwellers. Mountain courses are fitness courses and I concluded early on that the fittest athletes tend to do well at sea level, altitude and everything in between. Let’s take a look at what the research says, but no need to over­analyze. Then I will offer some practical advice that everyone can benefit from especially for those arriving from lower elevations.

The exercise physiology world took interest in altitude just prior to the 1968 Mexico City Olympics, an event contested at about 7,350 feet above sea level. Coincidentally, the swim for the Beaver Creek XTERRA is at almost the exact same elevation. By scientific standards this is still considered a moderate altitude. Many of the studies since the 1968 Olympics focused on training at altitude as a method to improve sea level performance, but we want to examine what happens when the race is held at altitude.

Because the partial pressure of oxygen is lower at higher altitudes, output in any endurance event relying on sustained oxygen uptake will be lower compared to sea level, even for those who live at altitude. Adaptation to altitude makes up for a percentage of this difference but not all, and adaptation occurs in three stages, acute, subacute, and chronic. Acute adaptation occurs during the first 72 hours, chronic adaptation can take 3 weeks or more. Subacute is the period between 72 hours and 3+ weeks.

Think of altitude as an additional stress on the body, especially during the acute phase. To make up for the lack of oxygen, heart rate and ventilation rate go up and the body temporarily dehydrates itself. Below are some strategies for racing at altitude:

1. Give yourself 4 days or more, or arrive just before the event. The negative effects of altitude exposure typically peak around day 3 and then start to get better from there. One strategy is to give yourself some time to get through the acute phase and start to make some of the altitude adaptations. During the first 3 days, take it easy since there is already additional stress on the body. Six days or more would be even better since you will start to make some longer lasting adaptations. The other strategy is to arrive just before the event within 24 hours. This can be a little riskier since you have the stress of travel to deal with, but the theory is that you race before the negative effects of altitude exposure have time to manifest. I have seen this work with experienced athletes and it helps to know what to expect. If you can learn to pace for the altitude race and deal with the higher breathing rates then it can be an effective strategy.

2. Stay hydrated. During your initial days at higher altitude, your body tries to compensate for less red blood cells by lowering your blood plasma. Additionally, it is very dry at high altitudes so there is more insensible water loss just from breathing. Coupled with the higher respiration rates, you can lose larger amounts of water even without exercising.

3. Pace yourself. This is probably the most important advice. For an altitude race there is a much higher price to pay for going into oxygen debt early in the race. In the swim try to settle into your pace earlier than normal and breathe often. Since the bike course starts with a 5 mile climb with plenty of passing room, there is no need to peg the first 3 minutes. Again, try to settle in early and consider the entirety of the race. Your goal is your highest average pace for the entire event, not just the first mile. You may feel like there is a governor set on how hard you can push. Continue to assess your breathing compared to your perceived effort. You may find you are breathing harder than normal, but you actually feel ok and can sustain the faster ventilation rate.

5. Train for the climbs. You may not be able to simulate the altitude, but maybe you can simulate some of the climbing. Seek out the hills for your longer workouts and key sessions. Become a climber. Hills workouts can be a good boost to your VO2 max. Also keep in mind that climbing performance on the bike and run inversely correlate with body weight, so try not to carry anything extra up those climbs.

6. Pay closer attention to your race­day nutrition. Racing at altitude relies more on carbohydrate, especially during the acute and subacute phases of adaptation. Make sure to consistently fuel and hydrate. The big climbing courses like Beaver Creek, Ogden, and Maui, are energetically very demanding courses and require nailing the nutrition. Plan your nutrition strategy just like you plan your transitions or your race strategy and go over it before the race.

So there you go, now nobody has an excuse to avoid an altitude race. The course in Beaver Creek shares the most similarities with the XTERRA USA Championship in Ogden both in its course profile and the environment so it is the best preparation you can do.