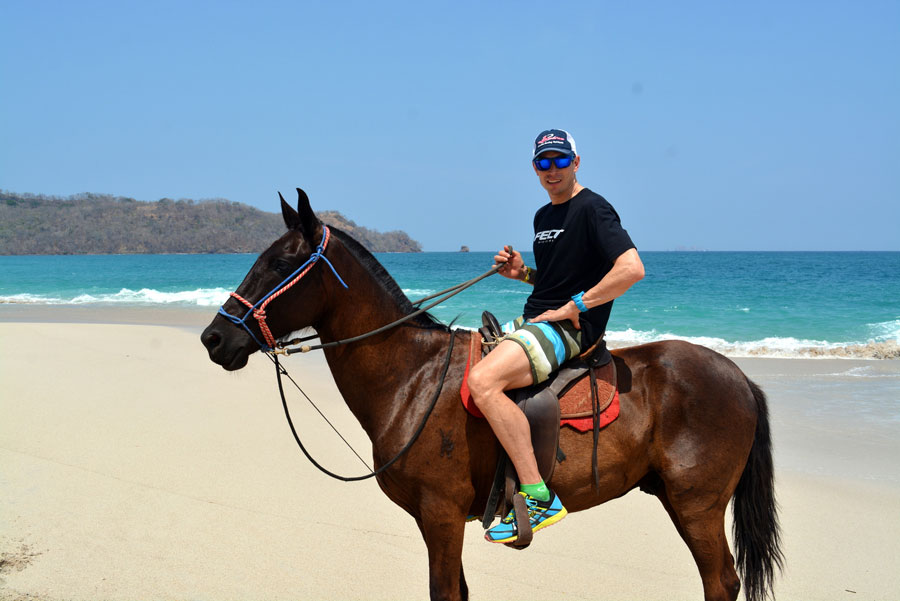 A Horse for Every Course

The Maui hills are steep and sustained.  Some may say there are “different horses for different courses,” meaning that some athletes may perform better on a flatter course and another athlete may have the advantage on long, sustained climbs.  But what if you want to be that horse on all courses?

Biking and running uphill depends a lot on your aerobic capacity relative to your body weight.  For cyclists, the discriminating factor for performance is watts per kilogram and for runners it is the relative VO2 max expressed in milliliters per kilogram body mass per minute.  Regardless, it is a pretty simple equation with the rate of work (Power or VO2 max) as the numerator and your body mass as the denominator.

As the key race of the season approaches all athletes want to buckle down, dot their I’s and cross their T’s.  Some self-destructive athletes (myself included) want to train harder, longer, and oh yeah—lose that last 5 lbs.  Achieving all three is problematic. Let me give you an example.

There was a study done a few years ago with three groups of well-trained cyclists.  The first group maintained their normal training volume with no high intensity and followed a low calorie diet.  The second group increased training intensity with high intensity intervals, and did not alter their diet.  The third group did both—increased training intensity and restricted their caloric intake.  Interestingly, the first two groups both increased watts per kilogram but by different methods.  In the first group, watts were unchanged, but body mass had decreased.  The second group increased power output (watts), but body mass stayed the same.  However, the third group actually decreased their watts per kilogram and therefore performance.  Although their body mass was down, their power output plummeted.  They were not able to recover from their workouts and were stuck in a downward spiral, bleeding more watts than the weight loss could make up for.

A word you may have seen in some of our previous articles is maladaptation.  Maladaptation occurs when the stimulus is too strong, too closely spaced, and recovery is inadequate.  Instead of improving performance from training, performance deteriorates.  This is likely to happen if you jump up your training load by a large percentage and then drop caloric intake to very low levels.  The body’s response is an increase in stress hormones, which puts your body in a catabolic state and lowers your immune system.

The take home message is that you need to be smart and practical with how much change you are going to make to either your training program or your diet.  If you plan to bring in more high intensity training, consider backing off a little on the volume to keep your training load in check.  Don’t go extreme with your diet, but make small changes that don’t leave you in a catabolic state and exhausted.

For my final Maui prep, I focus on bringing up the intensity on key workouts, but also backing off more between for proper recovery, and I begin to polarize my training more than other times of the year.  As far as nutrition, I do tighten the screws just a tad, but I double down on my recovery nutrition and the nutrition surrounding my workouts.  I attempt to cut out some of the garbage in my diet with a few simple food rules.  Some of them have to do with specific foods, but most of it is about behavior change, such as sitting down to eat—no eating while standing up, watching TV, or driving.  Usually this results in just a couple pounds of weight loss over the course of 4-6 weeks, while power numbers continue to rise.

Here are a few suggestions: