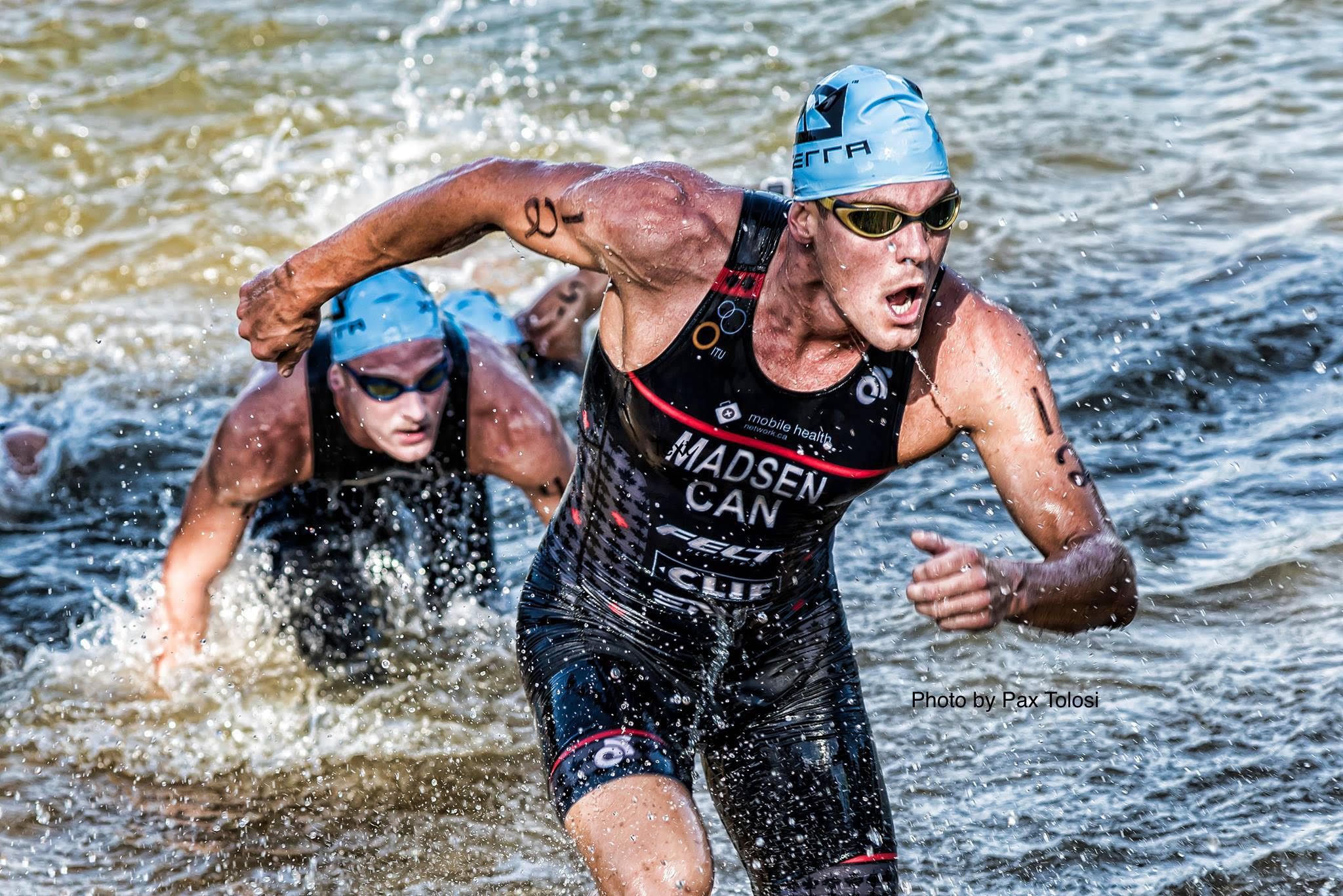 Canada’s best male off-road triathlete, Karsten Madsen will be joining Middaugh Coaching as a premium coach.  Karsten is a part of a new generation of triathletes with a background in…triathlon.  Karsten participated in his first triathlon when he was four years old and did many Kids of Steel triathlon races during his childhood as well as a variety of other sports.  He became more serious about triathlon at age 15 and earned his elite triathlon license at the age of 18.  Karsten has professional experience in both road (ITU) and off-road triathlon.  Karsten has coached individual athletes of all abilities for the past 6 years.

One thing that sets Karsten apart is his experience as part of the Canadian National Triathlon Team for the past 5 years.   “I’ve received world class coaching and train day in, day out with some of the best athletes in sport of triathlon. I’ve learned a lot in the last 5 years about high performance training and what it takes to becoming the best you” says Karsten.

According to Josiah Middaugh, “I have spent a lot of time with Karsten in the past few years at XTERRA races all over the globe.  I have seen first hand the professional attitude he has with his own training and racing.  Our training philosophies align very well and are both grounded in the same scientific principles and intense personal experience.”

Karsten Madsen is a NCCP certified coach & Can Fit Pro personal trainer. Karsten also is a 3x Xterra Champion & Placed 3rd Overall for the 2016 Xterra Pan American Tour. The 2015 & 2016 Canadian ITU National Cross Triathlon Champion lives and train in Victoria, BC. Karsten has been coaching athletes for 6 years. Off the race course, Karsten is heavily involved in community programs to get youth active and helps to lead triathlon clinics.

Middaugh Coaching continues to offer high-level, individualized coaching with brothers Yaro and Josiah Middaugh (combined 25 years of coaching experience), and now the addition of Karsten Madsen.  Yaro resides in St. Augustine, Florida and canvases the SouthEast region competing in XTERRAs and some Olympic and Half Ironman distance races, as well as some National competitions.  Josiah lives in Eagle-Vail Colorado and will continue to focus on XTERRA racing in 2018, primarily the Pan-American series as well as some stage mountain bike racing.  With the addition of Karsten Madsen in Phoenix /Victoria, BC, Canada, Middaugh Coaching now triangulates North America with experienced professional coaches in different regions. All coaches have experience coaching athletes in all triathlon disciplines from ITU, to XTERRA, to long course road triathlon.