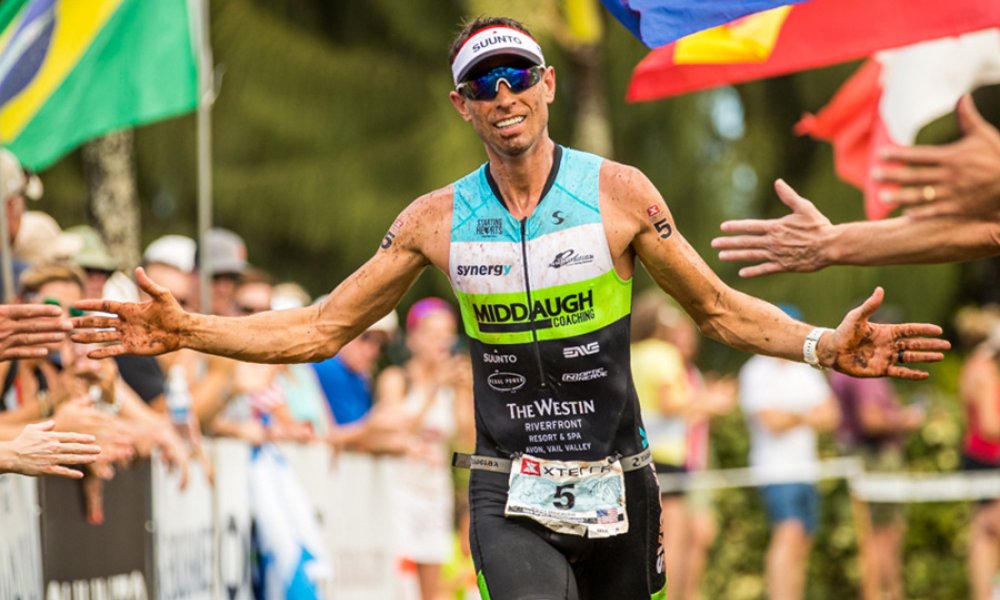 Transfer of training refers to how much improvement in one activity (cross-training, strength training) will have on the performance of another targeted activity. As triathletes we know that there is some transfer of training from one aerobic sport to another, but at the elite level those benefits become less transferable and in some cases their may even be conflicting adaptations. Any study will show large transfer of training for untrained subjects when they cross train, but not the same gains for well-trained athletes. So what about strength training for endurance, specifically for cyclists and runners?

As a coach I am sometimes asked “what leg exercise can I do to improve my bike power, or what core exercise will improve my running.” The reality is that even at race intensity, strength requirements are actually quite low. You can easily see that the best hill climber in cycling for example is not the one who can squat the most. The world record marathon runner is probably not going to walk into a bar and win an arm wrestling competition. So why do some people think that strength training is a shortcut to endurance performance? The cool thing is that a small amount of strength training is not going to hurt your endurance performance and may actually enhance it as long as it is targeted and supplemental to a well thought out endurance training program.

Strength training and endurance training fall at opposite ends of the energy system continuum. There are two anaerobic energy systems (without oxygen) that dominate very short term energy production for high intensity, short duration. It may be surprising to find out how quickly the aerobic pathway (with oxygen) takes over. In maximal exertion, exercise is predominantly anaerobic when the duration is under 30 seconds, and often referred to as a-lactic when under 10 seconds. When you get up to 75 seconds it is about 50/50 (anaerobic/aerobic), and for durations over 3 minutes, activities are over 90% aerobic. Even racing 800 meters at sub 2 min pace has consistently been shown to be around 65% aerobic. So a sprint triathlon is clearly an aerobic activity and the word “sprint” is misleading. Although you are always producing energy aerobically and anaerobically simultaneously, the anaerobic contribution is very small for any endurance event. Understanding energy systems illustrates how important aerobic training is for endurance cycling and running, but is there any crossover benefit from strength training?

Goals of a Strength Training Program

Many of the goals of a strength training program have more of an indirect effect on performance. Corrective exercises for injury prevention may be extremely beneficial for keeping you in the game and injury free, but hard to quantify their effect on actual performance. Cycling and running are predominantly performed in the sagittal plane, so strength exercises specific to cycling and running may actually be reinforcing over-developed movement patterns leading to even more movement dysfunction and muscle imbalance. Also, you may be strength training for reasons other than sport performance, such as general health or body image, which is perfectly fine and could be a good compliment to your aerobic training.

Specific movements that mimic cycling or running have a positive effect (mostly neuromuscular), but will never transfer 100%. For example, if you increase your absolute strength in a leg press by 30%, do not expect a 30% improvement in your threshold power. The good news is that concurrent strength and endurance training rarely shows a negative impact on endurance performance and sometimes yields improvements in running economy, muscle fiber recruitment, and time to exhaustion.

A common theme in the research is that both heavy and explosive strength training has been shown to improve cycling and running performance. Keep in mind that heavy is relative and digging deeper into the studies, heavy can mean loads between 1 repetition maximum and 15 repetition maximum. In the equation Power=Force x Velocity, you can see how light weight (or just body weight) with high velocity can also yield high power and also be sport specific. Velocity specificity is thought to be important in transfer of training, but it turns out that intent to move quickly is as important as the actual movement velocity. So during heavy strength training, focus on the intent to move the weight quickly during the concentric phase. One strategy I like to use is something called Complex Training, where a strength move (such as a squat) is followed by an explosive move (such as a squat jump).

The Quest for Mediocrity

A sure way to be mediocre at everything is to only cross-train. Triathletes already get a bad rap for trying to be the best at exercising. In an Instagram world, keep in mind the goals of your training and if performance is the main driver then you need to get specific. Most of your training should be in the chosen sport(s) you are trying to improve. Using primarily group exercise classes/boot camp/cross fit, to become better at running will only separate you from the people on the couch. If you are strength training, then limit your targets, take rest between exercises, and strength train to get stronger and more explosive. Save endurance training for your actual running or cycling.

Middaugh Coaching offers personalized coaching for athletes of all levels. There are still a few slots open for the 2019 season!