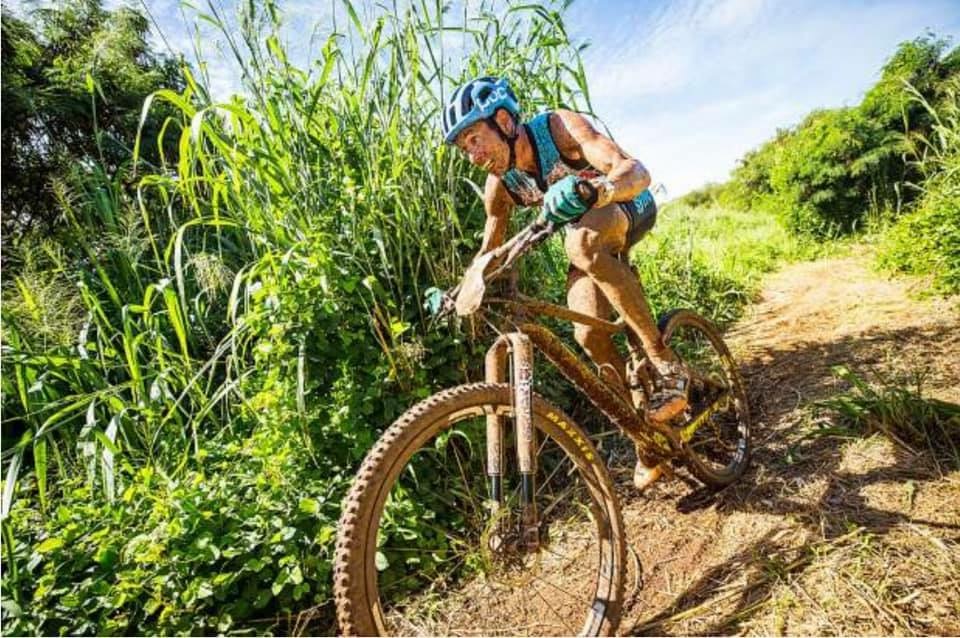 In the past few years I have given several talks about the importance of failure as a vital component of success.  My story of becoming XTERRA World Champion at age 37 on my 15th try was not a direct line of achievement but a series of setbacks and failures all of which helped me learn and grow to become better, stronger, more resilient. The more I have given the talk, the more time I have spent explaining the concept of the Growth Mindset as opposed to the Fixed Mindset as a way to explain the work ethic and long-term approach necessary for motivation and achievement in all aspects of life.  Your mindset affects everything, especially when it comes to short-term and long-term achievement.

The fixed mindset is a belief that one’s general intelligence, abilities, personality, and character are largely inherent, static, and can be changed very little.

Conversely, a Growth Mindset is a belief that all of those same talents and abilities can be continuously developed with effort, practice, and instruction.  Someone with a Growth Mindset believes that true potential is unknown and unknowable.  These concepts are based on the work of Carol Dweck and her research at Stanford University and it is important to understand that a fixed mindset is at one end of the continuum and a high growth mindset at the other, so most people fall somewhere in between.  People can also display a growth mindset in one area and a fixed mindset in others.  It is interesting how this mindset can enhance or limit achievement in many different areas.

It has been demonstrated that changing a person’s mindset results in significantly more motivation and achievement in both academics and athletics.  Simply an awareness that these mindsets exist can hinder or enhance achievement.  It becomes almost a self-fulfilling prophecy–if you believe you can or cannot, either way you are right.

Someone with a fixed mindset avoids failure at all costs so therefore avoids challenges.  They conceal their deficiencies.  They will choose tasks that they already have mastered or seek out lower levels of competition in a desire to looks smart, athletic, etc.  They are very outcome oriented and will simply give up before failing so they can say they didn’t even try.

Those with a high growth mindset view failure as learning and are not afraid to attempt challenging tasks.  They seek out the optimum challenge, where the outcome is uncertain and the path to achievement is not immediately clear.  They are not afraid to fail.  Weaknesses are viewed as untapped potential.

Optimal Challenge is another concept that is important for continuous learning.  If the task it too challenging, anxiety is very high, and probability of success is very low.   If the task is too easy, boredom is very high, the outcome is certain, and interest is lost easily.  The Flow Channel is that optimum challenge level between high anxiety and boredom, where the challenge is increased as skills/abilities increase.

Those with a fixed mindset give up very easily when confronted with obstacles, whereas those with a growth mindset persevere and ultimately see obstacles as opportunities to learn and grow.  Obstacles often become advantages for those with a growth mindset as they develop grit, perseverance, and determination.  Too often, coaches/parents/teachers remove obstacles and lessen the challenge so “everybody wins.”  Achievement is so much more rewarding when there is adversity and the outcome is not predetermined.

Also, it is known from psychology that intermittent reinforcement is more powerful than continuous reinforcement, so finding the optimal challenge means that you will not succeed every time.  In the growth mindset, failure is learning and ultimately leads to higher achievement.

Perhaps the most important discriminating factor of the two mindsets is how they view effort.  Someone with a fixed mindset views effort as a liability, since intelligence and athletic ability are believed to be innate, then success should require little effort.  They associate effort with failure, since they believe talent does not require hard work.  They do not embrace the struggle.  They want to be viewed as achieving success with little effort because it reinforces their belief that they are naturally smart and talented.

The growth mindset realizes that effort is necessary for improvement and required for eventual mastery.  Effort therefore is not to be avoided, but is the path to high achievement.  Persistent, dedicated practice is required to develop skills over time.  Someone with a high growth mindset looks for ways to make their efforts even more effective.

Effort is perhaps the most important thing but it’s not the only thing.  Effective effort means there is proper instruction and direction.  Effort with the wrong strategy means the student will be stuck and not learn.  Effort should be praised, but also directed.

People with a fixed mindset take criticism very personally as a list of their faults.  Since they cannot deal with negative feedback, they often ignore it and miss the opportunity to learn.  Or they become defensive, angry, or depressed.  Being told they are smart or talented reinforces the fixed mindset with a false sense of confidence.  Someone with a fixed mindset wants to get a high score on a test, for example, but cares little about what questions they got wrong and fails to learn.

Someone with a high growth mindset seeks out constructive criticism and asks “what am I doing wrong?” and “how can I improve?”  Criticism is part of the learning process.  It helps when that criticism is specific, not a personal attack, and followed up with a strategy or correction that is effective.

Humans are generally terrible at predicting their abilities or performances.  Interestingly, those with a high growth mindset are exceptional at it.  One might think that a high growth mindset means you are always shooting for the stars, but instead means having goals and expectations that are based on reality and backed up by experience.

Satisfaction is low when expectations far exceed reality.  That doesn’t always mean you need to lower expectations, but learn to set incremental goals that are process driven and performance oriented.

Goals based simply on outcome depend too much on others and don’t specifically measure progress or achievement.  Sometimes I have new athletes that say “I want to get some podiums this season.”  There is nothing wrong with that statement, but if that is the only criteria, then it means seeking out low challenge, avoiding strong competition, and not necessarily focused on improving.

Give praise wisely.  Praising talent and praising intelligence makes them vulnerable. Praise effort, hard work and be specific.  Give praise for the process they engage in, the strategies used, their hard work, their focus, their perseverance.  Encourage a growth mindset, but realize not everyone has it…yet.

Realize that a growth mindset is not just about effort.  Effort is important, but it needs to be directed and new strategies need to be used to facilitate achievement.

Effort that leads to learning and improving is the goal.  Stay grounded in reality and apply effort that is effective.  Remember that the growth mindset is something to strive for and not something you just claim to have.